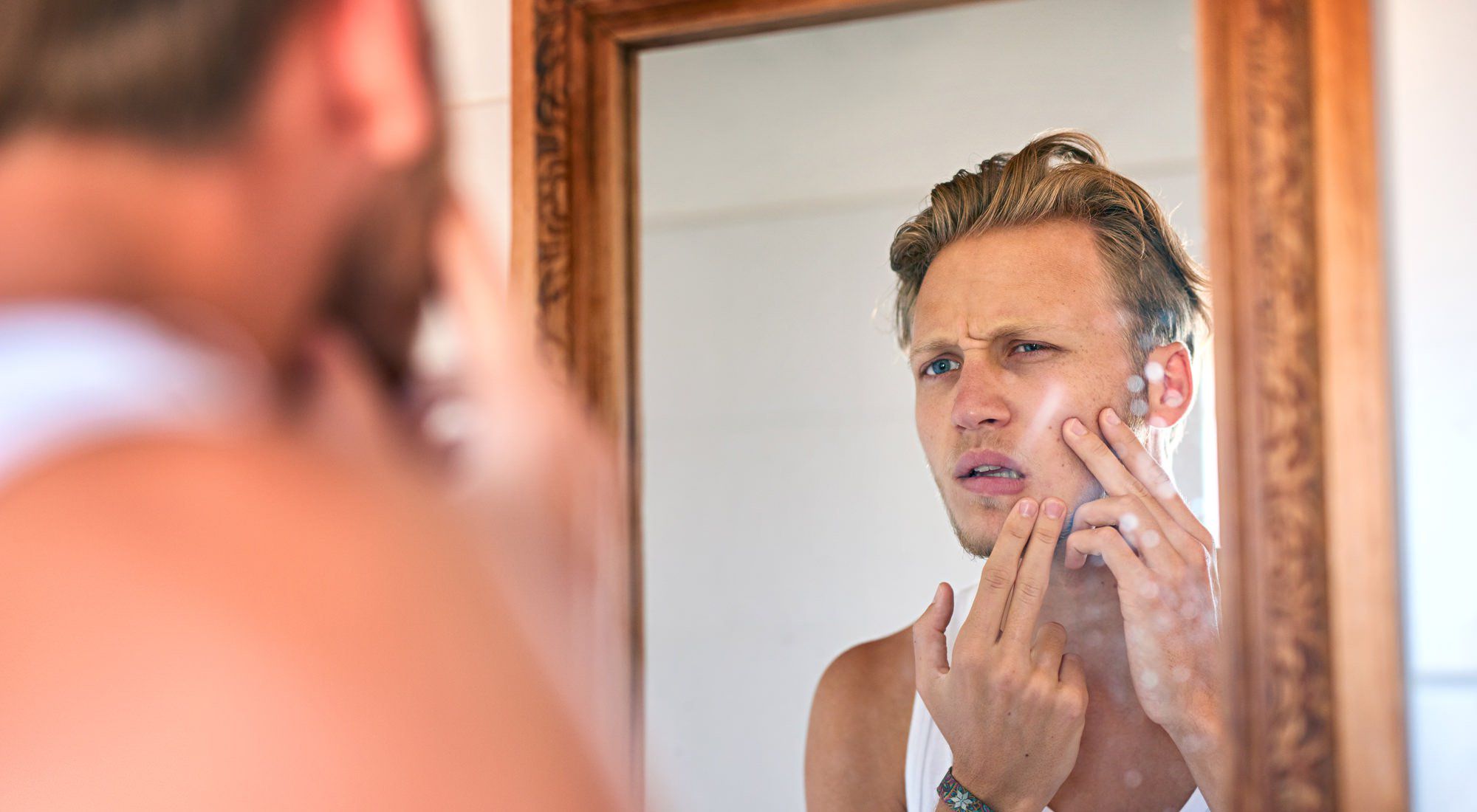 When it comes to the causes of acne, what’s happening on the inside of your body is just as important as what’s happening on the outside. Hormones, which are chemical messengers that travel throughout the body coordinating complex processes like growth and metabolism play an especially big role. This is particularly true during puberty, when both boys and girls start to produce hormones called androgens.

Androgen hormones cause your body’s oil-producing glands to enlarge and increase oil production. When there’s an increase in oil and less shedding of dead skin cells, your pores become clogged and the result is hormonal acne, the scourge of approximately 85% of all teens.

The rate at which your body produces oil (aka "sebum") is affected by your hormonal balance, which fluctuates in both men and women during their lives. Normal variations in estrogen, the hormone responsible for the development and regulation of the female reproductive system, and androgen levels can cause hormonal acne in women. This explains why women often experience hormonal acne not only in puberty but later in life as well, especially the week before their period.

Pregnancy and the time shortly after giving birth (known as "post partum") cause an increase in hormones that can also wreak havoc on a woman’s skin. As the years go by, during perimenopause and menopause, hormone levels can fluctuate, often triggering additional breakouts. Women with abnormally high levels of androgen hormones, like those with polycystic ovarian syndrome, are at a higher risk of developing acne. Another acne-triggering hormone, cortisol, is released from the adrenal glands during times of stress, and often triggers the acne cycle in women.

To sum it up, hormones and acne go hand-in-hand for women and the connection explains why many women experience hormonal acne in their 20s, 30s, 40s and even 50s.

Hormones also cause acne in men. While both men and women produce androgens, testosterone is a type of androgen that surges in males during puberty. By adulthood, the oil production in most men normalizes, making hormones and acne less of an issue. In fact, testosterone has the benefit of increasing the skin thickness in men, explaining why they wrinkle less with age.

Whether you’re a man or a woman, one of the best ways to treat hormonal acne is with a proven acne treatment system from Proactiv that can help both prevent and treat acne, breaking the acne cycle.