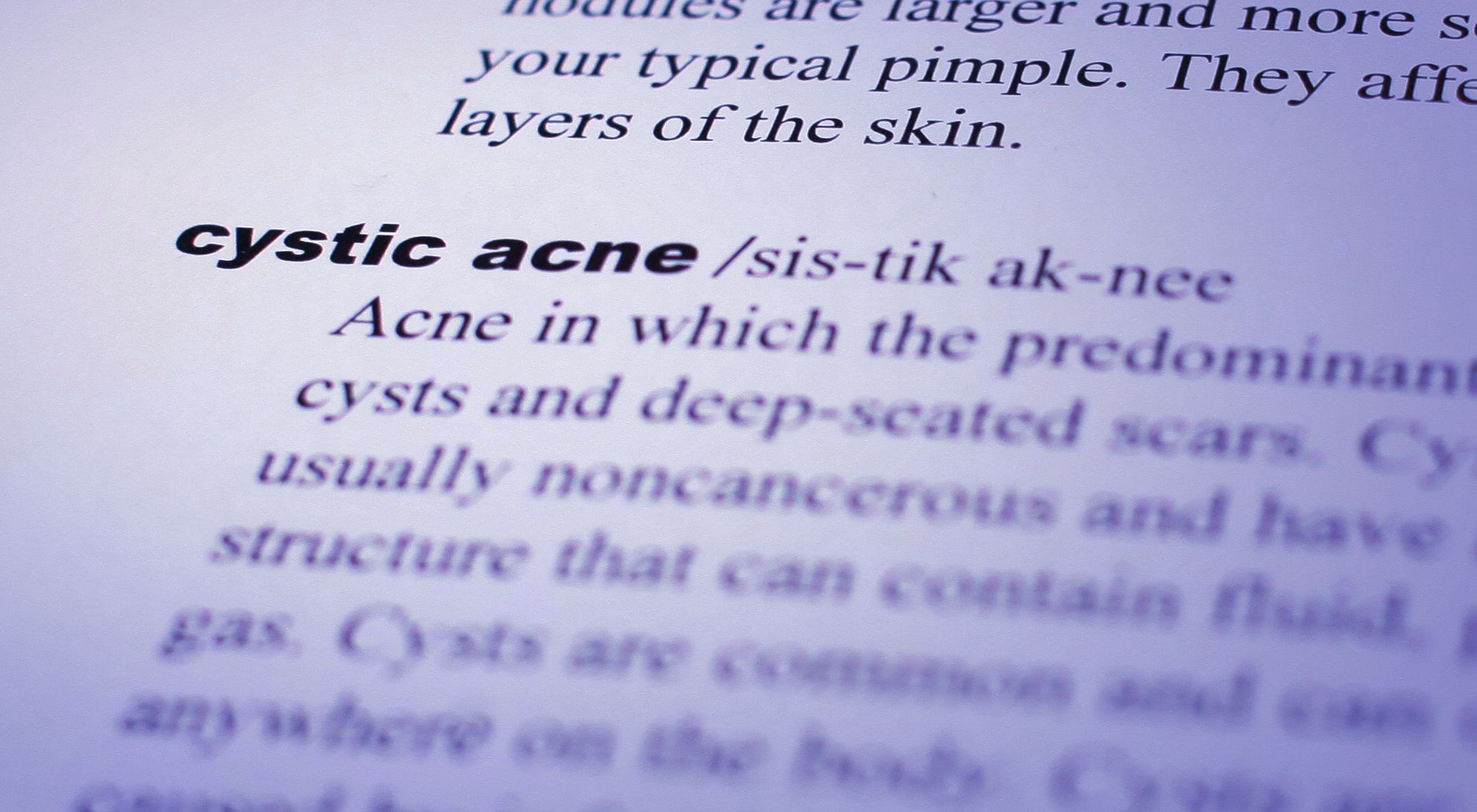 Most people who suffer from inflammatory acne have what are called papules, inflamed red bumps that are turned into pustules when they become filled with pus. Papules and pustules are the two most common forms of inflammatory acne, typically referred to as "pimples".

What Is Nodular Acne and Cystic Acne?

Nodules are large, deep and painful bumps that for the most part are under the surface of the skin. There may be a firm, rounded reddish bump on the surface but the bump can also be flesh-colored. A nodule is hard to the touch and is very sensitive and painful.

Acne cysts (or cystic acne) consist of deep, pus-filled lesions that look similar to boils. They are usually painful and can cause scarring. Sizes of acne cysts range from as small as a pencil eraser to much larger.

It’s easy to be confused about whether a specific severe breakout is cystic acne or nodular acne. The two acne conditions are similar, both are severe, and both should be treated by a dermatologist.

Nodules and cysts start like other pimples. A pimple can be formed when a pore in the skin gets clogged because of a combination of sebum and dead skin cells. When bacteria is trapped as well, the area becomes infected, red and swollen.

Nodular acne and cystic acne occur when the infection goes deep into the skin. A much larger bump is formed, one that hurts and may also itch.

Cystic acne is most common in teenage boys and young men who tend to get it on the face, back, upper arms and shoulders. But women also get nodular acne and cystic acne. In women, the cystic acne often appears on the bottom half of the face. There is also a genetic component to nodular and cystic acne. If one of the parents had severe cystic acne, their child may also have a greater chance of getting it.

How to Get Rid of Nodular Acne and Cystic Acne

Over-the-counter topical medicines that work on milder acne often have little effect as nodular acne and cystic acne treatments. A dermatologist should be consulted.

Nodular acne and cystic acne are the two most severe forms of acne. Breakouts often cover large areas of the face, back, shoulders and arms. The acne nodules and cysts can be very painful and can leave significant scarring. Because the nodules and cysts are below the skin’s surface, topical nodular acne and cystic acne treatments are often ineffective and a doctor or dermatologist should be consulted.